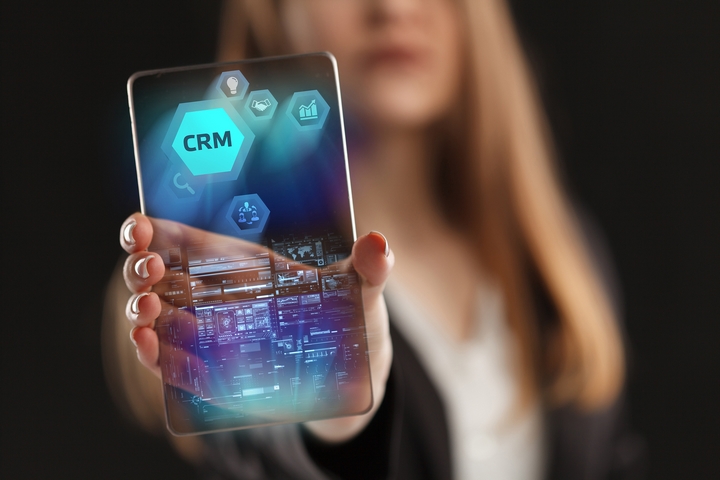 There are a long list of reasons why using real estate CRM is beneficial. For starters, there are often features that can help to automate some of your daily functions, which can free up your time to find more customers. Let’s review some of the benefits of CRM systems in greater detail.

Do you currently have a strategy for growing your business? Whether you do or don’t, real estate CRM can help you be more tactical in achieving your goals. If you take time to identify your strengths, weaknesses, opportunities and threats, you will be able to pinpoint the areas that require improvement. Real estate CRM can help you overcome those weaknesses, even if you don’t have a large team to help. Being strategic is simply a matter of figuring out what’s not working well and implementing a plan to fix it.

It seems like marketing has always involved the internet, but it hasn’t. There was a time when a large percentage of marketing involved sending postcards to your target audience. Now, there are ways to automate digital marketing with CRM. It’s a sleeker way to reach your target audience and achieve your financial goals through lead generation and other components of a marketing campaign. One of the greatest aspects of CRM systems in real estate is the ability create reports that enable you to track your results so that you can pivot when necessary.

Cultivating business relationships with clients is critical in real estate. It’s imperative that you maintain a database of information that can be used during your communications. CRM enables you to collect information that can be reviewed and relied upon for a variety of purposes. For instance, detailed notes about your clients can be maintained so that you’re able to access a wealth of information that’s useful during each conversation or electronic correspondence. Your clients will feel like you know and understand their needs.

Having a database of contacts is useful for many reasons. It’s not just so that you have information about your clients, it’s also to have details about other professionals in the industry, such as contractors and vendors. If someone asks you for a referral, you can provide a recommendation with confidence based on the information you have in your database. After a while, you will have collected a trusted list of contacts.

There are many ways in which CRM in real estate can take your business to the next level. More than anything, it can make your life easier and more productive, which is something we all want and need. If you would like to learn more, the www.ixactcontact.com website is a helpful source for information. 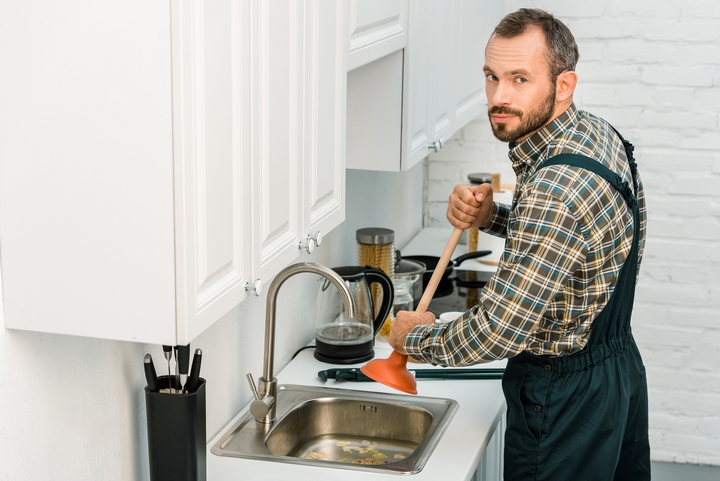 Sometimes preventative maintenance can actually save you money. This can happen in many different ways. For instance, there are advancements in technology that can increase the efficiency of your appliances. A perfect example is low-flow toilets. A plumber can assess your situation and determine if low-flow toilets make sense for your home. That’s just one of many ways you can benefit from the expertise of a plumber during preventative maintenance.

2. Extend the Life of Appliances

Sometimes there are issues with water heaters that need to be resolved to avoid serious problems. If you have a tank water heater, there’s a chance that it might need to be flushed sooner than later. This would happen during preventative maintenance. There are a list of issues that will be assessed during an inspection of a water heater to ensure it’s efficient. Ultimately, regularly assessing the condition of appliances can keep them from breaking down prematurely. The information found on the www.caldwellplumbing.ca website is useful to help you gain a better understanding.

Plumbing issues that occur in the summer aren’t necessarily the same issues that will occur during the winter. While clogs, leaks and floods can happen throughout the year, the winter can bring an entirely new set of problems that you didn’t anticipate. Frozen pipes is one example. Fortunately a plumber can help to winterize your plumbing, which might include insulating the pipes.

4. Prevent Build Up in Drains

Clogs from build up in drains isn’t just annoying, it can also lead to more costly issues. A solid preventative maintenance program will enable a plumbing professional to inspect your drains and perform any necessary procedures to ensure they are free flowing.

There are so many different things that can go wrong when you’re dealing with plumbing. Unless you have training in that area, it can be hard to know where to start. While there are many projects that are great for people that enjoy a do-it-yourself approach, plumbing preventative maintenance isn’t necessarily one of them.

When it comes to taking care of your home, there’s nothing better than having a qualified professional that can help you protect your investment. Inspections and other tasks performed during preventative maintenance is immediately beneficial, but it’s also good for the longevity of your property. 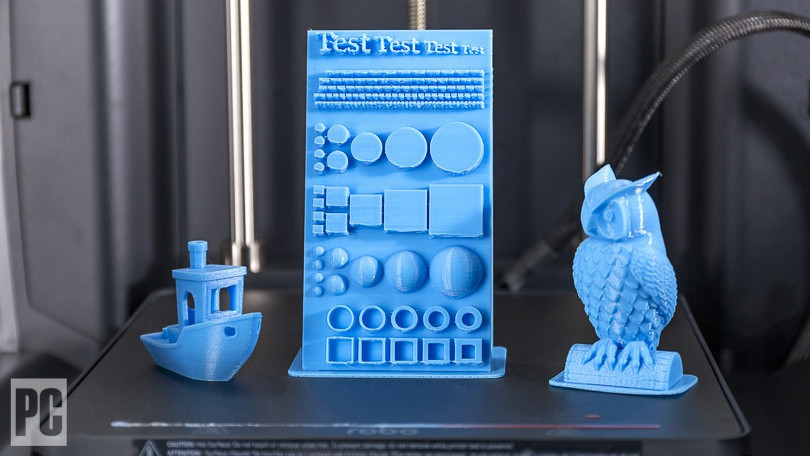 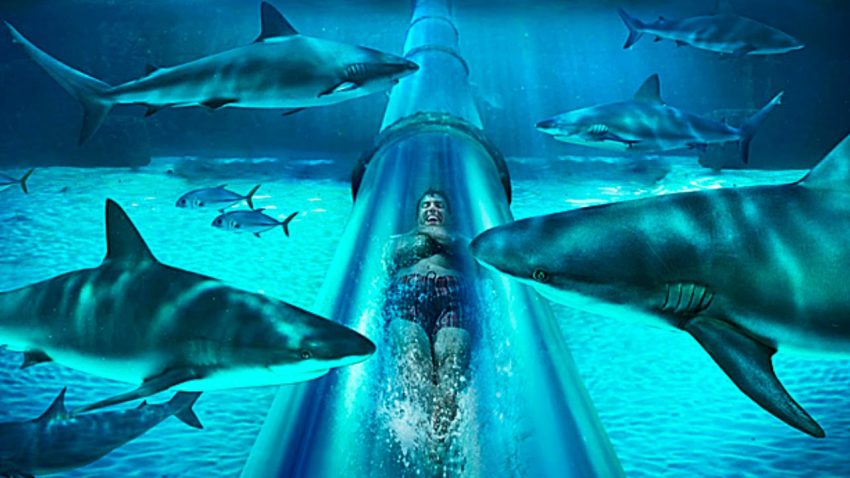 Water slides are one of the best sources of enjoyment, fun and to overcome the heat. They are nowadays available at almost all the places around the world in resort, amusement parks, hotels or water parks. Their variations in size, height, craziness make everyone insane and addictive. You can’t miss the fun even if you want because water slides fill plenty of thrill inside you in first sight which you can’t resist. Many innovations have been done and still going on to make them coolest, craziest and best holiday place. Here is the list of some most insane water slides which will leave your mouth wide open with thrill and excitement.

Unlike transparent glasses in other slides, these slides in Galveston, Texas are completely covered. Intended to make confusions and terrify the riders, these slides can bring you goosebumps on first sight.

Slides are made to provide you fun and enjoyment. But this is gonna be far different from what your perspective says for water slides. It is unavailable to women and light hearted person because of the speed it reaches in 220 feet long ride.

You must be asking now what is this. These two colored slides are named twister and speedy. However, both are twisted around a building but speedy has more pace with 460 feet length which may make you dizzy to ride.

You must be thinking airplanes and water slides don’t have any relevance. These water slides allow you to ride Boeing 747 airplane along with two tunnel water slides starting at the same time.

Canada’s climate is known to all. Still Canadians have managed to build a whole packed water park in a giant building. It features umpteen of water slides, wave pool and even a zip line! Wanna own a business but lacking in finance, try government grants for small businesses.

Disney world is where every child crave for a visit. But this Summit Plummet ride can’t be in their visiting list. This slide (120 feet high) is so steep with an initiation of 90 degrees that your adrenaline would be pumping like a drill.

We are all puzzled by the bugs and insects we get to see around ourselves. And why won’t we? After all there are so many species and subspecies present on this earth, that it is but common to feel nauseated or scared upon seeing a few of them at least. But these creatures here are not to scare you but to get some knowledge and to get to know them little things.

It has the honor of being one of the largest katydids of the world and is an inhabitant of Malaysian mountainous regions. It is a species of carnivorous giant katydid and survives by eating small insects and other bugs mostly.

The effect is quite awesome. But it is mostly for horrifying purposes literally. You touch it and it will turn and face you with that weird look. These bugs are bright green in color and often have a row of white spots lining their bodies.

It is a night creature and lives alone without any companions. It also has the unique feature of curling up into a J shape during the day and appear like a pile of bird poop. For ultimate network security, contact DNS protection.

These are also fondly called as DOODLEBUGS. The mature adults eat mostly pollen and intake nectar while the younger (Read larvae) mostly eat ants and therefore, it gets it’s name from its act of eating ants.

Some of these buggers may reach the size of rats but you won’t like them particularly if you do not like locusts in general or are squeamish towards the insect world. They are quite harmless and generally do no create much trouble. There are more than a hundred different kinds of these bugs.